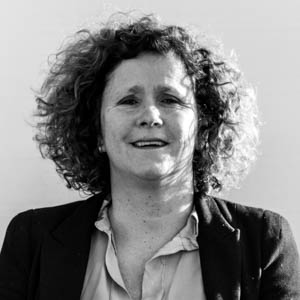 Manon Bollegraf is a former professional tennis player who played 15 years on the WTA Tour from 1989 until 2000. During her career she won four Grand Slam titles in mixed doubles; Roland Garros 1989, US Open 1991, Australian Open and US Open in 1997. Her highest world ranking in singles was 29th and 4th in doubles. She also participated in the Olympic Games of Atlanta 1996 where she ended 4th place in women’s double. During her tennis career, she served as a member of the board of directors of the WTA for six years, of which one year she was vice president. From 2005 until end of 2013 she was FED CUP Captain of the Dutch national team. Nowadays, she is a tennis coach and trainer as well as a personal trainer for top executives through the organization HeartWork.

As a single mom, Manon understands the importance of a good work/life balance perfectly. Her experience as a professional athlete helped her a lot in managing her energy for optimal performance. She uses this experience to help individuals and teams to optimally use their capacities. Her coach approach is open and positive.

Trainer and coach for the Jong Oranje women tennis players

Board of Directors of the WTA, of which 1 year as vice president